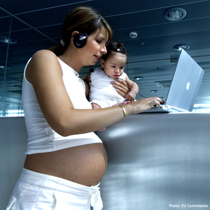 Year of equal opportunities for all: achievements and future prospects

The 2007 European Year of Equal Opportunities for All is coming to an end. The European Commission is organising in this context a conference to celebrate the achievements of the year and to look at the challenges ahead.(Lisbon, 19-20 November 2007).
The Year aimed to make people.more aware of their right to enjoy equal treatment and a life free of discrimination, to promote equal opportunities for all and to launch a major debate on the benefits of diversity both for European societies and individuals.
Over 1,000 activities* have been organised at local, regional and national levels in the framework of the Year, around half of these co-funded by the European Commission. They included among others 47 different anti-discrimination training programmes, 31 studies or surveys and 21 competitions for schools, businesses or the general public.
It will be followed up in 2008 by a new European Commission initiative to tackle discrimination beyond the workplace.
Local actions for equality:
CEMR to evaluate the first results achieved
In the same context, the Council of European Municipalities and Regions (CEMR) is organising its final conference of its project on "the implementation of the European Charter for Equality of Women and Men in Local Life". This will take place in Pisa on 20-21 February 2008.

The conference will be the occasion to evaluate the first results achieved through the charter, as well as allow for an analysis of CEMR's actions for equality 25 years after the first Pisa Conference.
The Charter was launched at CEMR's general assembly, in Innsbruck on 12 May 2006. Its main aim is to encourage local politicians to take and implement the measures listed in the charter to achieve equality between women and women in their municipality, town, city or region.