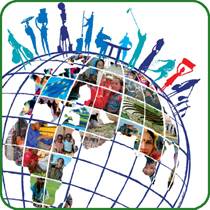 Three days of experience-sharing between local government North and South

Local authorities and development: this will be the central theme of the 3rd European Development Days (EDD) organised in Strasbourg, at the European Parliament, from 15 to 17 November 2008.
The three-day conference will be organised in several sessions on issues such as Local governance and Millennium Development Goals, Territories and sustainable economic development, or Local governance, participation and citizens empowerment.
In conjunction with the EDD, the European Commissioner for Development, Louis Michel, is inviting local and regional government throughout the EU to share their experience in decentralised cooperation with developing countries and to conclude new twinning covenants.
Proposals should be sent back to the European Commission by 20 September 2008. Projects already funded by the European Commission are excluded. An independent jury made up of representatives of the European Commission, the Committee of the Regions and the Council of European Municipalities and Regions (CEMR) will examine the twinning projects submitted.
A platform of local government for development cooperation
The New European Platform of Local Authorities for Development Cooperation will be officially launched on 16 November. The platform is an initiative from CEMR, United Cities and Local Governments (CGLU), Assembly of European Regions (AER), the International Association of French Mayors (AIMF), and the Conference of Peripheral Maritime Regions (CPMR). It has been set up to give a voice to local/regional governments in Europe to mark their growing role in international cooperation.
The Platform will cooperate with the European confederation of relief and development NGOs (Concord) and help exchange best practices. Concord as well as other actors are invited to this event. All those having an interest in local development are invited to join us for the launch of this new Platform.