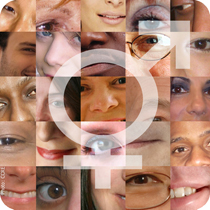 European legislation on equal opportunities must be accompanied concerte by measures and policies at the local level. This is one of the conclusions of the second European Equality Summit, organised on 29 and 30 September.2008 in Paris.
The summit brought together more than 400 participants, including high ranking institutional partners, local community representatives, and social and civil society partners around a single aim: effectively applying the principles of non-discrimination in the European Union.
The summit conclusions presented at the end of the event underline the key role to be played by local government to achieve true equal opportunity. This point was put forward by French Secretary of State in charge of solidarity, Valérie Létard: "On the one hand, legislation must lay the groundwork for the implementation of policies. On the other hand, concrete measures need to be implemented. This can only be achieved with the help of all actors, including local government. They can play a crucial role in the promotion and implementation of legislation related to equal opportunities."
One of the workshops of the Summit focused on the role of local actors to promote equality and combat discriminations. The chair of the Committee of local and regional women elected representatives of the Council of European Municipalities and Regions (CEMR), Jocelyne Bougeard, took the floor to present CEMR's European Charter for Equality of Women and Men in Local Life. The Charter is addressed to the local and regional governments of Europe, who are invited to sign it, to make a formal public commitment to the principle of equality of women and men, and to implement, within their territory, the commitments set out within the Charter. So far, around 800 cities and local governements have signed the Charter.
The debates also provided an opportunity to discuss the proposed directive, presented on 2 July 2008 by the European Commission, on the implementation of the principle of equal treatment. This proposed directive will be the subject of a policy debate at the next Council "Employment, Social Policy, Health and Consumer Affairs" (EPSSCO), on 2 October, in Luxembourg.