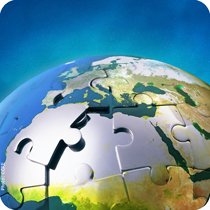 Decentralised cooperation is a driving force for the development of local public services in partner countries. This is one of the main messages of the vice-president of Greater Lyon, Hubert Julien-Laferriere, on behalf of the Platform of European Local and Regional Authorities for Development, that met in Lyon, on 5 October 2009.

The event brought together 150 representatives of local and regional governments from Europe and the world, as well as representatives from the European institutions. They met at the invitation of the city of Lyon to assess local governments' effectiveness in development cooperation.

The secretary general of the Council of European Municipalities and Regions (CEMR), Jeremy Smith, said that given the importance of the discussions on aid effectiveness, local and regional governments must play a positive role in this debate in preparation for the forthcoming International Conference to be held in Seoul in 2011.

The representative from the European Commission's DG Development, Olivier Luyckx, underlined the urgency to implement the Accra Agenda for Action, which aims to achieve the objectives outlined in the Paris Declaration from 2005. He also presented three instruments that will aim to facilitate the exchange of information before setting up development projects: an annual conference on decentralised cooperation, an information portal and an online exchange scholarship.

The secretary general of United Cities and Local Governments (UCLG), Elisabeth Gateau, expressed concern about several principles laid down in the Paris Declaration, including the principle of alignment, that may be interpreted as a recentralisation of development policies in countries where decentralisation is still in its early stages.

Deputy Mayor of Paris and former Member of the European Parliament, Pierre Schapira, welcomed the dialogue established between the Platform, the European Commission and NGOs, while stressing the need to continue the work.

A new call for proposals will be open to local authorities from November 2009 to early April 2010, said the representative of EuropeAid, Denis Pourchet. The budget for the implementation of this programme is set at EUR 24 million.

Participants called the European institutions and international organisations to better acknowledge local governments' involvement in the formulation of development strategies at both levels. They also called for a simplification of procedures that are applicable to European development programs. They expressed the need to launch training programmes on European procedures in countries from the South. Discussions are being held between the Platform and the European Commission on the issue.


Background information
The Lyon seminar is the third meeting of the Platform. Previous seminars took place in Brussels and Marseilles. The next meeting will be held in Bucharest in March 2010.
The Platform is composed of European and international associations of local authorities, national associations and cities. Their goal is to speak with one voice to the European institutions in the field of development cooperation and to exchange information and learning.

The Platform has received co-financing support from the European Commission for this work from 2009.