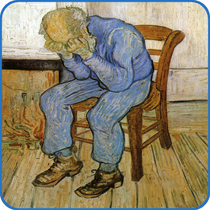 Approximately 30% of the Netherlands' 10 000 local councillors have been threatened or physically assaulted at one time or another, according to a survey conducted by the Dutch daily newspaper Trouw.

Furthermore, an astounding three quarters of those having been threatened did not go to the police to file a complaint. Indeed, politicians often prefer to ignore threats thinking that 'they should not give way to fears, and should have the resilience to stand by their views," reports Radio Netherlands Worldwide (RNW), a public radio and television network for international audiences outside the Netherlands.

Hate mail, anonymous phone calls or even physical attacks are more often than not linked to political decisions taken by the local councillor in question.
RNW found that politicians working in cities or towns of more than 100 000 people were 46% more likely to be victims of threats or violence.