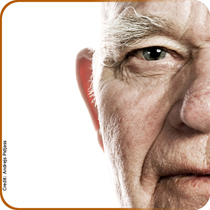 The cities of Edinburgh, Gelsenkirchen and Brussels are the first municipalities to have received an award for their local initiatives in the improvement of the quality of life of migrant elders, at the occasion of the European Local Authorities Competition (ELAC) awards ceremony held on 9 February 2010 in Brussels, Belgium.
In first place was the City of Edinburgh, Scotland, with a grand prize of €3 000 for 'Minority Ethnic Carers of Older People Project" (MECOPP), which helped provide information, training, activities and multi-lingual support to immigrant caregivers.
The City of Gelsenkirchen, Germany, received the second award, worth €1 500, for its initiative dubbed 'Participation of seniors in a diverse city", which coordinated a number of projects in the field of health, volunteering and education. The initiative notably brought together a number of linguistic backgrounds and religious groups.

Finally, the City of Brussels, Belgium, won the third prize of €1 000 for its project 'Jongleren - oud geleerd en jong gedaan", which had elderly migrants share their views on Brussels with students in journalism, art or social studies after which they jointly set up an exhibition showcasing the elders' life stories.

'This competition allows local authorities and other relevant stakeholders to share their knowledge on how to better care for one another," declared BjÃ¸rg Tysdal Moe, CEMR political rapporteur on social policy and Deputy-Mayor of Stavanger, Norway. 'I hope this constitutes a first step towards becoming an inclusive society."
The competition is part of the European project 'Active Ageing of Migrant Elders Across Europe" (AAMEE). It was launched by the Ministry for Intergenerational Affairs, Family, Women and Integration of the state of North-Rhine Westphalia and the Council of European Municipalities and Regions (CEMR), in partnership with the Committee of the Regions and under the patronage of the President of the European Parliament, Jerzy Buzek.
More information on the winning projects and the ELAC competition's 16 nominated projects
See previous CEMR news item on ELAC competition