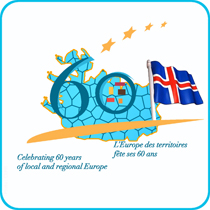 Velferðarvaktin, a platform for cooperation, allows for Iceland's local authorities, national government, social partners and non-governmental organisations to identify and address the needs.of social groups and individuals most affected by the financial and economic crisis.
The platform monitors the social and economic consequences of the crisis and the ensuing collapse of the Icelandic banking system on the population in order to propose measures to best address its needs. Velferðarvaktin especially focuses on safeguarding the interests of children and adolescents as well as the needs of immigrants.
As a next step, Velferðarvaktin is currently developing a set of social indicators, notably in terms of income, social and educational factors, household finances, health, demographics and labour market. These indicators, which should be finalised in May 2011, will provide information on the state of welfare in Iceland as well as an array of data for comparison with other countries belonging to the Organisation for Economic Cooperation and Development (OECD).
The Association of Local Authorities in Iceland is actively involved in Velferðarvaktin, as well as the City of Reykjavik, a number of ministries and some of the country's largest trade unions. Also implicated are the Confederation of Icelandic Employers, the National Church, the Icelandic Red Cross, the Association for Disabled Persons and the Association for People with Intellectual Disabilities.
Local authorities in Iceland and CEMR
The Council of European Municipalities and Regions (CEMR) has one member association in Iceland: the Association of Local Authorities in Iceland (Samband).
Samband, which was established in 1945 by 52 of the then 218 Icelandic municipalities, is a forum for cooperation between local authorities. Since 1973, all of the country's local authorities are members of the association.
Presided over by Halldor Halldorsson, Samband defends the interests of its members and formulates common policies on a number of issues, thus working very closely with the national government. Indeed, a cooperation agreement exists between the government and the association so as to facilitate relations.
A close cooperation has also been established between Samband and Iceland's eight regional federations. Indeed, the tasks have been divided so that the association handles relations with the national government regarding legislation and matters of interest to all local authorities while the federations deal with more regional issues.
Local government in Iceland

Iceland is a unitary state composed of 76 municipalities (sveitarfélag).