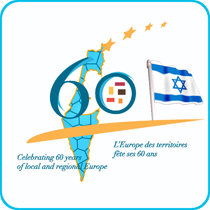 The Israeli city of Rosh Ha' Ayin has developed and implemented a model for a 'musical city" with the help of its citizens so as to encourage integration and to bridge social, ethnic and national divides.
The 'musical city" project, which was launched in 2005, aims at introducing music into the everyday lives of the city's inhabitants and communities, and has so far successfully implemented music programmes in the local educational system and community culture.
The project has so far been integrated from kindergarten through to elementary and secondary schools, ensuring quality music education all the while promoting dialogue, self-discipline and team spirit. The city also invested in the setting up infrastructure to facilitate the development of musical institutions.
Musical and cultural education is thus made available to all residents irrespective of their social or economic status and includes specific measures for people with special needs and children with disabilities. In its six years of existence, the 'musical city" has helped visibly reduce violence, crime and urban vandalism.
Rosh Ha' Ayin has also set-up a 'musical city network" in order to share its model with municipalities abroad and to promote international cooperation for the establishment of research institutes for social music activities and research on the importance of music as a social and cultural tool.
Israeli local authorities and CEMR
The Council of European Municipalities and Regions (CEMR) has one member association in Israel: the Union of Local Authorities in Israel (ULAI).
Presided over by Shlomo Bohbot, mayor of Ma'alot-Tarshiha, and founded in 1938, the Union of Local Authorities in Israel represents all 74 Israeli municipalities and 125 local councils.
The association aims at finding ways to further develop the activities and policies led by its member municipalities while ensuring that these remain homogenous from one local authority to another. It also represents its members vis-à-vis the Israeli parliament (Knesset) and labour institutions, collects and disseminates statistical information on local authorities, and provides municipalities with computer and IT-based services.
Moreover, ULAI helps coordinate the foreign policy of Israeli local authorities and promotes the setting-up of projects with international partners at the local level.
Local government in Israel
Israel is a unitary state composed of 74 municipalities.
Complete list of CEMR Weekly Focus articles