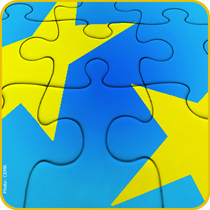 Join us in building a stronger Europe through partnership!

The event is organised by the Council of European Municipalities and Regions (CEMR), in collaboration with the other major European networks of local and regional authorities, the Assembly of European Regions (AER), the Conference of Peripheral Maritime Regions (CPMR) and EUROCITIES.

The event will be structured around two round tables, with the participation of the presidents of the four main associations representing European local and regional authorities. A closing address will be given by Jose Manuel Barroso, President of the European Commission, followed by a debate with the participants.

CEMR president, Lord mayor of Stuttgart, Wolfgang Schuster, will introduce and chair the first round table "Towards a new model of governance in Europe". The discussion will revolve around the prospects for adopting a common approach to achieve the Europe 2020 strategy via governing in partnership. This form of governance would involve all spheres of government, as well as civil society, and both the academic and economic worlds.

The reflection will continue with a discussion on the future of Europe and its territories and populations, during a debate on the "Europe 2020 strategy and the future cohesion policy – the contributions of Europe's territories". At this occasion, the commissioner for regional policy, Johannes Hahn, will address the issue of strengthening cohesion in Europe so as to ensure the sustainable, intelligent and successful development of our continent. Moreover, local and regional leaders will share their experiences and discuss the path to follow in order to achieve a stronger Europe through stronger partnership. This round table will be introduced and chaired by Annemarie Jorritsma, mayor of Almere, co-president of the Council of European Municipalities and Regions, President of the Association of Netherlands Municipalities.