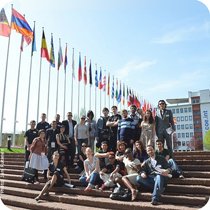 The Congress of Local and Regional Authorities of the Council of Europe (CoE) declared its aim to better improve the incorporation of the CoE's European Charter of Local Self-Government in the domestic laws of its member states, at the occasion of its 21st session.'Living together in dignity" held in Strasbourg, France, from 18 to 20 October 2011.
Upon signing the Charter, which was launched in 1985, countries had the possibility to opt-out of implementing certain Charter provisions, but these reservations may no longer be topical in some cases. Thus, the Congress invites national associations of local and regional government to monitor new legislation in view of their compliance with the Charter. Associations are also encouraged to raise awareness on the Charter and to maintain a continuous dialogue with national governments on the implementation of provisions in national legislation.
Moreover, the Congress approved new reports monitoring the status of local and regional democracy in Bulgaria, Finland, Latvia and Serbia.
Concerns were notably voiced on the procedure of direct annulment of local decisions by regional governors in Bulgaria, on the limits imposed on local government deficits in certain Finnish municipalities, and on the inadequate level of own resources of local authorities in Latvia. Also expressed were concerns on the lack of inter-municipal cooperation for the pooling of resources for service delivery in Serbia and on the insufficient consultation between Slovenian municipalities and the national government.
The Council of European Municipalities and Regions (CEMR) has the status of observer within the Congress. Also, the Council of Europe's European Charter of Local Self-Government was largely inspired by CEMR's European Charter of Local Liberties, signed in 1953.