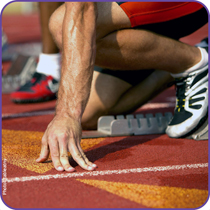 With more than 5,5 million young people unemployed in the European Union, and with the number on the rise, what would you say to an initiative that aims at integrating 1 million young Europeans into our labour markets before the end of 2013?.

Well, that’s exactly what the Council of European Municipalities and Regions (CEMR) wishes to put into place, with the help of the European institutions and the strong mobilisation of local and regional government administrations and civil society.

CEMR proposes to launch a European initiative called EU Starter, which would offer a year of work experience in a public institution or non-profit organisation to young Europeans between the ages of 16 and 27 and without a job, training or an education.

The total estimated cost for the EU budget could range between €3.6 and €5 billion per year.  Given that the Council of the EU agreed in June 2012 to provide €55 billion from the unused European structural funds for small and medium enterprises and the fight against youth unemployment, CEMR is confident that EU Starter will be up and running in the near future.

CEMR calls on its members to help support this initiative by sending a letter signed by the president of their association to their national minister responsible for employment.

European political context with regard to youth unemployment

The Council of the EU met on 28 and 29 June 2012 in Brussels and agreed on a “Compact for growth and jobs”, which confirms the commitment of European leaders in tackling unemployment. The text explicitly says that member states will put particular emphasis on “stepping up efforts to increase youth employment, notably to improve young people’s first work experience and their participation in the labour market.”

More recently, the Council adopted the multi-annual financial framework and agreed on an envelope of €6 billion in order to finance youth employment, including €3 billion from specific European social fund initiatives.

The 27 European ministers for employment, social policy and consumer affairs met on 28 February 2013 in Brussels to adopt recommendations to help tackle youth unemployment, a top priority for the Irish presidency of the European Union and the trio presidencies (Ireland-Lithuania-Greece).