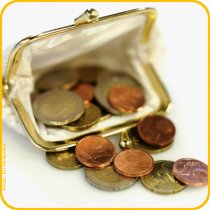 Local and regional governments are best placed to help relaunch Europe's faltering economy! That was the message from this week's meeting of the Executive Bureau of the Council of European Municipalities and Regions.(CEMR) in Athens (24th March), set out in a short communiqué on the impact of the crisis on Europe's local and regional authorities.
'Our citizens first look to their local government for help when they are in trouble during tough economic times" said Mayor of Vienna and President of CEMR, Michael Häupl. 'The pressures on us increase at such times, yet our financial resources are reduced by lower tax income, and cuts in financial grants and transfers from governments. We need both the EU and the national governments to understand this problem better and to support the role of local and regional governments."
"First, we need sufficient finance and powers to carry out our responsibilities to our citizens who are in difficulties as a result of a crisis they in no way caused. And second, we are convinced that our local and regional governments are best placed to deliver effective investment programmes to help stimulate recovery."
The conclusion to the Communiqué states that the potential contribution of local and regional governments in combating the crisis has not been fully harnessed by the EU or most states - it therefore proposes a "local and regional new deal" to strengthen Europe's economy, environment and society.
CEMR Secretary-General, Jeremy Smith, added 'there was quite a strong feeling among the mayors and representatives at the meeting that the European Union had not acted so far in a well co-ordinated or sufficient way in tackling the crisis. And I do not think that the recent criticisms of the new US administration's policies made by the Prime Minister of the Czech Republic, and therefore appearing to represent the EU Presidency, are a helpful or accurate contribution to the debate or to the preparation for the G20 meeting next week."

The CEMR Executive Bureau also finalised the text of a new Charter on local and regional services of general interest, and a draft Manifesto for local and regional government in view of the coming elections to the European Parliament, which will be launched at CEMR's general assembly in Malmö on 22 - 24th April.
The meeting of the Executive Bureau was hosted by the Mayor of Athens, Nikitas Kaklamanis, and by the Greek local government association, KEDKE, of which he is President. He explained how Greek local authorities were looking for transfers of competences from the national to the local and city level, on issues like urban public transport.
The Athens communiqué is available in English, French, and German.
Translate