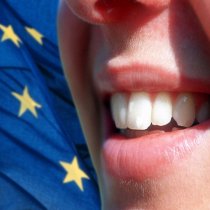 CEMR's response to the EU Commission's white paper on communication: "Decentralize and change the communication structures"

Decentralize the Europa website, set up common structures for EU visitors groups in Brussels, establish common EU houses in all the member states or communicate via the 30,000 town twinning links, these are some of the proposals set out by the Council of European Municipalities and Regions (CEMR) in response to the white paper on a European Communication Policy.
These suggestions presented in CEMR's response to the white paper on communication were put forward by EU policy experts and press and communication officers from CEMR members (national associations of local and regional governments). They are based on their own experience and the views of local and regional journalists of the way the EU communicates.
CEMR suggests, for instance, the establishment of common "EU houses" in all the member states, instead of separate representations of EU institutions. In Brussels, one single structure in charge of visitors' groups to the EU institutions would also be useful.

Town twinning should be seen a vital means of bringing Europe's citizens together across national frontiers. With its network of nearly 30,000 links, town twinning could become one of the EU's best communication tools, provided that sufficient resources are allocated to it.

The European Commission published, in 2006, a document - the White Paper on a European Communication Policy - to find ways to better communicate on Europe. As a matter of facts, EU surveys show that most citizens in Europe know very little about the EU, and many feel European institutions are in a far-off place: "Brussels" seems remote from people's daily lives.