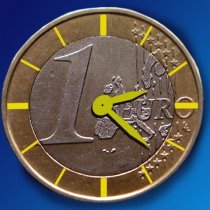 The current situation concerning working time has become unbearably confusing. There is a serious risk that Europe's local and regional governments, and therefore European citizens, end as the main losers.
This is how the secretary general of the Council of European Municipalities and Regions (CEMR), Jeremy Smith, reacted to the latest EU Commission's statement on the revision of the working time directive.
On 21 September 2006, EU Commissioner in charge of Employment and social affairs, Vladimir Spidla, threatened to take EU Member States to European Court of Justice. He was reacting to the European Ombudsman's criticism of the Commission for not doing enough to make sure Member States implement the EU rules on working time.
The working time directive has a direct impact on every municipality and region of Europe, explains Jeremy Smith. First, because these constitute one of the biggest employers in the whole of Europe; Also, because the issue of the definition of working time applies to local and regional services such as health care, police or the fire brigade. This issue will have repercussions on the budget of every town or region. This is why we need the Council to rapidly reach a clear and sensible agreement on this issue.
The working time directive in a nutshell
In 2005, The European Commission presented a proposal for the revision of the existing directive on working time. The aim of the revision has been to clarify the legal uncertainty caused by rulings by the European Court of Justice (SIMAP and Jaeger cases). The Court established that time spent by employees on-call in the workplace has to be considered as working time. The new directive proposed by the European Commission however does not fully retain this definition; instead it makes a distinction between the "active" and "inactive" parts of on-call time, whereby only the active part of time spent on duty should be regarded as working time.
This distinction is opposed by the European Parliament and has also led to a disagreement among the Member States represented within the EU Council, where the adoption of the new directive has been blocked since June 2005.
In the absence of new legislation, the Member States and local and regional governments have to comply with decisions taken by the European Court of Justice.
These decisions could have a dramatic impact on local and regional government, adds Jeremy Smith. Unless the Council reaches an agreement in line with the Commission's proposal, Europe's towns and regions will be faced with a stark choice: either to recruit more staff to provide the same level of services or to reduce their services to their citizens.
CEMR's position on the revision of the working time directive
Note: The European Ombudsman investigates complaints about maladministration in the EU institutions and bodies. Any EU citizen, resident, or an enterprise or association in a Member State, can lodge a complaint with the Ombudsman. The Ombudsman offers a fast, flexible and free means of solving problems with the EU administration.