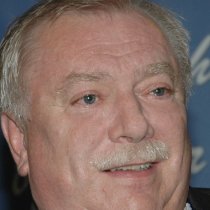 The president of the Council of European Municipalities and Regions (CEMR), and mayor of Vienna Michael Häupl calls on Europe's local and regional governments to support the Council of Europe's Declaration on the fight against trafficking in human beings.
Michael Häupl signed the Declaration on 30 August 2006. As mayor of Vienna, he said, I wanted to publicly commit myself to submit the declaration to Vienna's elected bodies, whereas as CEMR president I wanted to make a stand on behalf of Europe's towns and regions.
Human trafficking is unacceptable, and since this is primarily a local issue, the solutions can be found mainly at local level. Therefore, I call on Europe's local and regional leaders to support this initiative. CEMR has always been deeply committed to human rights issues. Our Charter for equality of women and men in local life, presented at CEMR's general assembly in Innsbruck last May, addresses this issue.
The Declaration on the fight against human trafficking
The Congress of Local and Regional Authorities of the Council of Europe adopted the Declaration at its 13th plenary session, in Strasbourg, on 1 June 2006. By signing it, local representatives commit themselves to support efforts against human trafficking; they can also pledge to submit the declaration to their deliberative assemblies for adoption.
Trafficking in human beings is slavery, stressed the Council of Europe Secretary General, Terry Davis, speaking at the signing ceremony. The -slave trade' of today takes place on the streets of cities and towns. The local authorities are the first to be confronted and to have to deal with trafficking and related issues. You (local and regional representatives) are the front line in the fight against trafficking and in helping the victims, he said.
The Declaration on the fight against trafficking in human beings (in English and French)
Sign the Declaration against human trafficking (online) In French and English
The 13th plenary session of the Congerss of Local and Regional Authorities of the Council of Europe (in English and French)