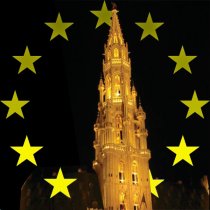 France ratifies the European Charter of self-government. All EU member states have now signed up to the charter!

The French Parliament has ratified, on 30 June 2006, the European Charter of self-government. 43 out of 46 European countries have now ratified what remains the only official text providing common norms to safeguard the rights of local governments across Europe.
This is great news for local government, says CEMR president Michael Häupl. Every EU Member State has ratified the charter now, it is therefore essential that the future EU Constitution or Treaty explicitly refers to the Charter and incorporates its key principles of local democracy. France's ratification brings to a successful conclusion a campaign that CEMR has waged since we first launched our European Charter of Municipal Liberties in Versailles in 1953 - a prototype for the present Charter. They often say that a week is a long time in politics... but sometimes, you have to wait a little longer to get results.
The president of the French association of CEMR (AFCCRE), Louis Le Pensec, called the ratification the end of a long European process. For us, French elected local representatives, this is the result of 20 years of effort and explanations to a succession of national governments in order for the guarantees of local self-government to be legally recognised in a European document.
AFCCRE also acknowledges the importance of the role of the Council of European Municipalities and Regions. The charter adopted by the Council of Europe on 15 October 1985 derives from the European Charter of municipal liberties adopted by CEMR in 1953.
The only three states that have not adopted it are Andorra, San Marino and Monaco, whose size makes the content of the charter less relevant.
The success of the European charter of local self-government is such that international guidelines on decentralisation, which draw heavily on the European Charter's principles, are currently being debated in UN circles; they are due for formal adoption in Spring 2007.
The Council of Europe's Charter of local self-government (1985)
CEMR's Charter of local liberties (1953)
CEMR's activities in the field of local and regional democracy