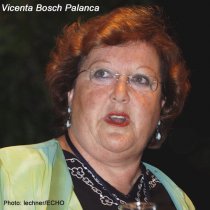 The last day of the general assembly of the Council of European Municipalities and Regions in Innsbruck (10-12 May 2006) saw the launch of the European charter for equality of women and men in local life.
The launch of the charter is the end of a long journey and the begininng of a new hope, a hope of equality, said the chair of CEMR's committee of women elected of local and regional representatives, Vicenta Bosch Palanca at the launch of the charter. This charter is a tool to reach our ambitious targets; it is a political document as well as a political instrument. I call on all elected local representatives to sign it, to implement its principles and to publish it in their municipalities.
Diane Bunyan, one of the expert who contributed to the drafting of the charter, splet out its six fundamental principles:
Background to the charter
CEMR has always worked to eliminate all types of discriminations, including on men/women equality issues.
Throughout 2005, CEMR, with the financial support of the European Commission, led a project on The town for equality (also available in French, German, Italian and Spanish). That project aimed mainly at collecting best practice cases of gender equality in European local governments as well as at setting up a methodology to help local representatives achieve true gender equality in their municipalities.
At the end of the project, CEMR, still with the support of the European Commission, started a new project to draft a European charter for equality of women and men in local life. Its aim was to encourage local politicians to sign it, thus committing themselves publicly to implement the measures in the charter in their municipalities.
The full text of CEMR's European charter for equality of women and men in local life
CEMR's activities in the field of gender equality