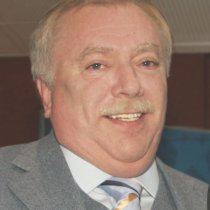 CEMR President on the no votes on the Constitution: "Back to the Lisbon Agenda!"

The failure of the Lisbon Agenda is one of the reasons why the constitutional treaty has been rejected by French voters has said CEMR president and mayor of Vienna Michael Häupl in the wake of the "No" vote in France.
CEMR president called the No vote understandable but regretable. If one lesson has to be drawn from the French rejection, he added, it is that we must fully implement the Lisbon Agenda, that the EU must take action towards a social Europe. The Lisbon Agenda was launched in 2000, but to this day little progress has been achieved. This lack of leadership from the Union, coupled with France's internal political problems, led a majority of French people to vent their understandable frustration.
Michael Häupl believes that before starting new consultations on the future of the EU Constitution, clarity is needed on how seriously the EU is willing to take itself, and the EU must follow its own decisions on the Lisbon Agenda with concrete acts. If Europe's heads of state and government were to carefully listen to their citizens, they would hear the same voices of criticism as in France.
Michael Häupl also recalled that in December 2004 CEMR policy committee adopted a position in favour of the European Constitution: I am a convinced European; the Constitution is not perfect, but it has more advantages than disadvantages. It is a significant progress in terms of democratisation and speed of decision making process of the EU.