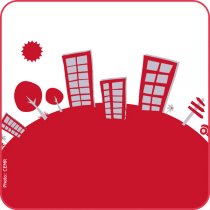 How the urban-rural partnerships would be promoted by the EU policies for the programming period 2014-2020? This question was at the core of a debate organised by CEMR members and Members of the European Parliament, last 25 June 2013 in Brussels.

By the end of 2013, the European Commission will be finalising negotiations on Partnership Agreements and Operational Programmes of the cohesion policy for the 2014-2020 programming period. The current discussions between the EC and the member states will have an impact on the way that cities or municipalities and their surrounding local authorities can cooperate and carry on cross-sectoral actions with the financial support of the EU funds.

Theoretically, urban and rural partnerships should be set up without difficulty. At the EU level a strong legislative and political support is given to territorial matters: the Lisbon Treaty promotes territorial cohesion objectives and the Territorial Agenda 2020, endorsed by all Member States in 2011, insists on the importance of a strong territorial dimension in the future cohesion policy.

The policy orientations provided by TA2020 stresses on recognition of urban-rural interdependences that require integrated governance and planning based on broad partnership. Furthermore, in the new structural funds regulations, the Commission is proposing new instruments like the integrated territorial investments (ITI) and community-led local development (CLLD) to support the integrated approach through European structural and investments funds. Nevertheless, in practice there are some obstacles to overcome. On one hand, the sectorial approach is still predominant. On the other hand, the implementation of the new instruments like ITI and CLLD depends on managing authorities’ willingness to use them or not.

This gap between the theory and practice was discussed by the Council of European Municipalities and Regions (CEMR) representatives and member associations as well as with members of the URBAN intergroup of the European Parliament, during a breakfast meeting on 25th June 2013 in Brussels.

Jan Olbrycht MEP (EPP, Poland), President of the URBAN Intergroup presented the “RURBAN” initiative that originated in the European Parliament and was carried on by the European Commission. Following an in-depth study that the OECD will submit to the Commission, a tool-kid will be prepared to help urban-rural partnerships to be effective.

The Vice-President of the CEMR Swedish section and Chair of the CEMR Thematic Platform on Sustainable Territorial and Local Development, Carola Gunnarsson highlighted at the breakfast meeting: “CEMR is interested in a good collaboration with the European Parliament and, more precisely, with the members of the URBAN Intergroup and the REGI committee. We call the European Parliament to monitor the implementation of the structural funds and in particular the application of the new instruments.”

The Vice-Presidents of the URBAN Intergroup Oldřich Vlasák MEP (ECR, Czech Republic), Lambert van Nistelrooij MEP (EPP, the Netherlands) and Marie-Thérèse Sanchez-Schmid MEP (EPP, France), expressed their interest in communicating and monitoring the implementation of the structural funds and in particular the involvement of local and regional authorities.

During the meeting, CEMR presented the outcome of its survey on “urban-rural partnership for integrated territorial development”. This study was made with CEMR’s members and aim at taking stock of existing cooperation models.

The report exposes reasons for urban and rural authorities to cooperate: lack of connectivity in transportation, housing and pub¬lic service provision as well as the current economic and ﬁnancial crises. In Austria, for example, the depopulation and closure of enterprises has severely impacted rural areas. In order to attract new businesses and create jobs, rural authorities have formed partnerships with urban areas.

In some cases, it is the mutual beneﬁt that motivated communities to set up partnerships. This is the case in Estonia, where some local authorities cooperate in organising cultural events or establishing a service for monitoring public order at municipal level.

In Romania, the access to EU funds was a crucial goal to set up collaboration through the establishment of inter-communal associations as a pre-condition for getting aid for waste and water services infrastructure investments.

More examples are available on our survey on territorial development.