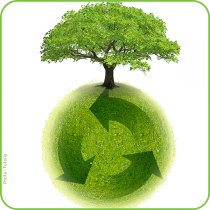 Around 100 mayors and leaders of local and regional governments around the world met at the World mayors summit on climate change in Nantes, France on 27 and 28 September 2013 to demonstrate their leadership in climate protection to the international community.

The summit resulted in the adoption of the Local Government Climate Roadmap 2013-2015, endorsed by the Council of European Municipalities and Regions (CEMR). This declaration highlights the role and commitment of local governments to tackle climate change. It also entails a call to national governments and supranational organisations such as the European Union to take ambitious commitments at the climate change conference of the United Nations in Paris in 2015 and to create mechanisms giving local governments the capacity and resources to act.  The declaration received support from French Prime Minister Jean-Marc Ayrault.

CEMR was represented by its Secretary General, Frédéric Vallier, who commented on the significance of the summit: “more than 100 mayors, regional presidents, and local and regional decision-makers from around the world demonstrated that the fight against climate change presents an opportunity to create construct a new development model, to create jobs and to set up sustainable growth in our municipalities, cities and regions.”

The event was also an opportunity to share and debate many questions including: How can cities obtain necessary funding to support their climate protection policies? How can they work together to best combat climate change? What is the role of local and regional governments in the international discussion on climate?