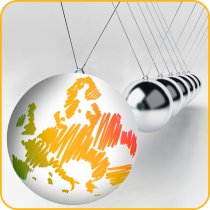 For the first time, a day focused on cities and regions at UN climate conference

How can we, at the local level, better adapt to climate change? How can our municipalities and regions contribute to the reduction of greenhouse gases? These two questions were addressed at the historical first “Cities Day”, organised during the UN Framework Convention on Climate Change in Warsaw* (Poland) on 21 November 2013.

Our municipalities and regions contribute to around 50% of CO2 emissions linked to daily life of inhabitants. As the closest level of government to the citizens, they have competences to act on diverse issues, such as urban planning, consumption, transportation, and quality of the habitat. As this role has already been recognised in international climate negotiations, efforts must now be focused on reinforcing a dialogue with national governments, so that our municipalities and regions have more resources to be able to better protect the climate.

During this first « Cities Day », mayors and other local leaders and ministers discussed solutions put in place at the local level. The attendance of the Secretary General of the UN, Ban Ki-moon serves as a testament to the symbolism of this important event.

The municipal adviser of Nantes and spokesman on international negotiations on climate change of our global organisation, UCLG, Ronan Dantec, stressed in this regard: "The credibility of the climate agreement in 2015 will be based on the level of recognition of local and regional governments in the final text, as they are on the frontline of this battle."

* The UN Conference on Climate Change is an annual meeting to negotiate measures to prevent the progress of climate change and to find ways to adapt to this phenomenon. CEMR participated in the conference via its world organisation, United Cities and Local Governments (UCLG). The conference in Warsaw is a significant step towards the next climate summit in Paris in 2015, where a universal and binding agreement should be signed.