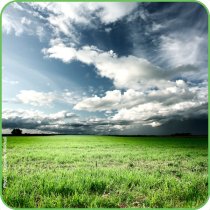 The European Union is rethinking a new framework for the “energy and climate” policies for 2030, which could lead to setting new, binding targets for energy efficiency, renewable energy and greenhouse gas emissions.

The discussions, which are currently underway and should be completed in 2014 or 2015, are intensifying as some fear a Europe that imposes new climate constraints without considering their impact on the continent’s competitiveness.

It is in this context that we organised a meeting at the European Parliament between CEMR locally elected representatives and MEPs on 5 December. On this occasion, we expressed that ambitious energy and climate policies constitute real opportunities for local economy, among which are job creation, stimulation of the economy (ex. the building sector), promotion of innovative SMEs, local production of renewable energy, and reduction of fuel poverty.

For their part, MEPs expressed their interest in continuing a direct and regular dialogue with municipalities and regions on the priorities and goals of European climate and energy policies in view of 2030.