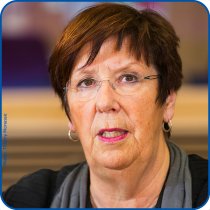 European elections : why should we care about municipalities and regions ?

What is the link between local government and European elections? To what extent EU decisions impact municipalities and regions? These are is the questions CEMR President Annemarie Jorritsma addressed in an opinion piece published by Europolitics, a daily newspaper covering European affairs.


There is no doubt that the role of our municipalities, cities and regions in Europe is constantly evolving. This is the result of several factors in particular: a wave of reforms strengthening decentralisation or the devolution of responsibilities, a drastic reduction in means and resources as well as a growing realisation that, in an increasingly globalised world, central administrations no longer have the answers to the problems faced by our fellow citizens.

Yet, there is another factor which should not be overlooked: Europe and its influence. The European Institutions’ actions have a decisive impact on local and regional authorities’ matters, whether it be legislation or jurisprudence handed down by the European Court of Justice. And this holds particularly true in areas such as public services and public procurement, urban transport, environment and even intermunicipal agreements… In doing this, Europe decides on regulations which significantly affect the daily lives of each and every one of us as well as the decisions taken by local governments.

Can the extent of this European influence be calculated? There are those who assert that Brussels is actually only responsible for 10% of our legislation while others put the figure at 80 or even 90%. The truth lies somewhere in-between and is a bit more subtle. According to several studies carried out by member associations of the Council of European Municipalities and Regions, almost 60% of the decisions taken at the municipal council level and 50% at the regional council level are directly or indirectly influenced by the European Union. In the end, it is not so much these percentages which are significant but rather the way in which Community directives and regulations are drawn up, as well as their compatibility with the reality on the ground.

With less than a month to go before the European elections, there are many who believe that things are not going well in Europe. Given this difficult situation, it is therefore not merely a question of knowing how Europe is faring, but rather of determining how the European Union, the national governments and local and regional authorities can work together to improve their effectiveness and respond to Europeans’ expectations. This cooperation, an idea supported by CEMR, must be ensured at every step of the process of drafting legislative texts and particularly when establishing investment priorities for the European funds for cohesion policy.

This is why, given the coming renewal of the European Parliament, we call on the new MEPs to closely scrutinise the implementation of the structural funds, in particular the application of the principle of partnership and the code of conduct. This call is also reiterated in our manifesto for the European elections which presents nine proposals aimed at fostering a European Union which gives greater priority to its citizens.

The only way for national and European leaders to forge a more democratic Union and one that is better understood by its 500 million Europeans is to get the governments closest to these citizens fully involved: the municipalities, the provinces, the regions and their representative associations.