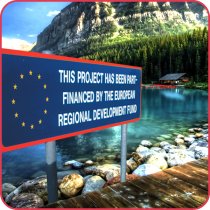 With the help of its members, CEMR carried a study to take stock of the use of Integrated Territorial Investments (ITI) by Member States and Managing Authorities (MA).*

The evidence presented in the study shows that 15 Member States out of the 22 covered may use the ITI as an instrument to address territorial challenges. This is the case in Finland for instance, where there will be one ITI covering the six largest cities (which represent about 30% of inhabitants) to enhance and to improve the use, the quality and the access to information and communication technologies supporting city regeneration; one Regional Council will be nominated as an intermediate body to act as managing authority.

The study reveals that some countries will use the integrated concept part of ITI but will not implement it with this instrument as such. In fact, several difficulties have been highlighted by our members as the main obstacles to use this territorial development instrument: the late national decision for using the ITI instrument or the lack of clear vision on what an ITI should be and how to use the multi-fund approach.

CEMR will follow the implementation of urban and non-urban ITIs, in order to support Managing Authorities and help regional and local governments to implement the ITI even at a later stage, when the mid-term review will be done. Furthermore, we hope this document will provide the EU institutions and Member states with information on the state-of-play of the implementation of the new Cohesion policy in this programming period.

The study is currently available in English.

The ITI is a new territorial development instrument available in the current programming period 2014-2020 of the Cohesion Policy. It allows Member States to bundle EU funding for several priority areas (like employment and mobility or competitiveness of SMEs) within a given territory. It aims to ensure the implementation of a transversal strategy in a specific geographical area, beyond the traditional administrative divisions (deprived neighbourhoods, urban regions or metropolitan areas, surrounding rural regions or even funding inter-municipal cooperation).

*This survey has been conducted taking into account that all the Partnership Agreements have not yet been adopted by the European Commission.