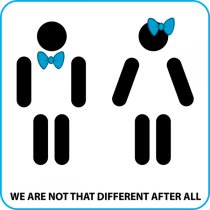 The Council of European Municipalities and Regions (CEMR) and the Observatory organised together with the Swedish Association of Local Authorities and Regions (SALAR) the seminar “Gender Equality – local actions brining real change” in the European Parliament on the 3rd of March on the week of the International Women’s Day.

Anna Hedh, Member of the European Parliament and member of the FEMM Committee, hosted the event and opened the discussion stressing the vital role of European institutions to influence legislation and underlined the importance of involving local and regional authorities in this process.

She also underlined the important role of the Committee for Women’s Rights and Gender Equality (FEMM) as a strong voice raising awareness on gender equality issues and especially emphasized the need for further work on gender mainstreaming at European, national and local level.

Ewa Samuelsson, Chair of the CEMR Standing Committee for Equality and former Deputy Mayor of the City of Stockholm, said that working on improving equality of women and men is a key for tackling the current challenges Europe is facing and stressed that this cannot be achieved without adopting a bottom-up approach starting from local level.

She emphasised the need to keep gender equality at the top of political agendas and also to adopt more inclusive policies adapted to the needs of all citizens.

On behalf of CEMR, she also announced the three following proposals:

Ibon Uribe, Mayor of Galdakao and member of the CEMR Standing Committee for Equality presented how the Basque association of municipalities (EUDEL) and local authorities in the Basque Country in Spain are working to advance gender equality. He stressed that the European Charter for Equality is a useful tool in this work together with the Basque Equality Law.

He emphasized the need for innovation and coordinated work on multi-level governance in order to accelerate transformation processes and achieve improved gender equality.

Magnus Jacobson, Communication Advisor at the Swedish Association of Local Authorities and Regions (SALAR) presented examples of good practices from the Swedish programme for gender mainstreaming for instance on how municipalities can make snow removal in a gender equal way and how new solutions with flexible bus stops at night can increase safety of citizens. Please click on the following link to access the full video: (English), (French), (German), (Spanish).

To access the full speech of Ewa Samuelsson please consult the following link.


Source: Observatory of the European Charter for equality of women and men in local life.