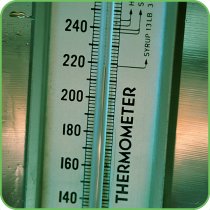 Although climate change is a global issue, the solutions are first and foremost local. This is why, nine months before the World climate summit (COP21), local elected representatives and European mayors, including Alain Juppé, Mayor of Bordeaux and President of our French association (AFCCRE), and Antonio Costa, Mayor of Lisbon and CEMR Executive President, gathered in Paris to highlight actions undertaken by cities to fight climate change.

The meeting entitled "Towards COP21", was held on the initiative of the Mayor of Paris, Anne Hidalgo, on 26 March. Participants included local government networks, as CEMR that was represented by our secretary general, Frédéric Vallier, the French President, François Hollande, and the European Commissioner for Energy and Climate, Miguel Arias Cañete.

Today over 6 000 European cities that joined forces through the Covenant of Mayors to reduce their greenhouse gas emissions by at least 20% by 2020.

Following this example, mayors and local elected representatives signed in Paris a joint statement to strengthen their commitment to tackle climate change by reducing greenhouse gas emissions by 40% by 2030.

The joint statement also calls the EU institutions to reinforce their support for the action of cities to address climate change, so that they can benefit more directly from European funding. “We believe that the objectives of Cities and those of the Juncker Plan are the same: to restore confidence, to stimulate activity and investment in order to create jobs through sustainable development and innovation,” says the declaration.