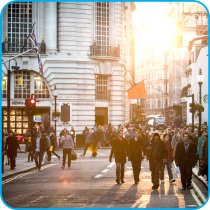 What are the hot topics for local government this year? Our secretary general talks about it with La Gazette des Communes (French online media specialised in local affairs) to put forward the main issues that will be high on the political agenda of municipalities and regions.


Refugees, TTIP, urban agenda: a busy autumn agenda in Europe for local government. But what has Europe been doing? Frédéric Vallier, the French Secretary General of the Council of European Municipalities and Regions (CEMR) who has just been re-elected for another six-year term, speaks in detail about upcoming issues in Brussels of concern to local and regional governments.

It is indeed the most sensitive issue on the autumn agenda, with mayors on the front line, although I am always surprised that the debate appears to be focused only on the EU and the States. Ultimately, it must be realised that it is the towns and cities who will be the ones taking in those seeking asylum and making arrangements for a school education, housing, etc. In concrete terms, we are asking that the budget of the European Funds for Asylum, Migration and Integration – 3.14 billion euro – be mobilized to

help municipalities set up these policies. As has been noted, there are 100,000 local and regional governments in the EU.Maybe they cannot all take in refugees but even if half of them were to host one or two families, we will have already exceeded the figures announced by the European Commission. Ultimately, it must be realised that it is the towns and cities who will be the ones taking in those seeking asylum
Are you keeping an eye on the negotiations for a trade agreement with the United States (TTIP)?

We have been monitoring this issue from the start, even if we will not be taking up a position on the macroeconomic interest of such an agreement. However, it is essential that this partnership not call into question any of the European achievements in terms of managing public services. We have fought hard over the years to protect the right of local government to choose their own system for managing public services. Any international agreement that challenges this principle of free choice is unacceptable. If an authority wants to use a private company, it must be a choice freely arrived at. If it then later wishes to revert to direct management, it should be free to do so. If it wishes to operate as a public company, again, it should be up to the authority.

Is there a risk of this happening?

At the Commission and elsewhere, there are always some diehards who insist upon public services being systematically made to compete with the private sector. We were able to get the European Parliament to side with our position and I think that this is somewhat reassuring. We remain vigilant however and have kept in contact with Commissioner Malmström’s cabinet (Editor’s note: Cecilia Malmström, the Commissioner for Trade).

Furthermore, we are in discussions with representatives of U.S. local and regional governments to determine whether we can come up with a common position. They have also been very active. It should not be assumed that all Americans follow the same line.

A few months ago, the Commission adopted the “Better Regulation” programme that aims to improve the quality of European legislation. What do you think of it?

It has been estimated that more than 60% of European regulations today have an impact on local public policy, which is why it is so important for local government to get involved early on in the process. We regret that, in the new model proposed by the Commission, the question of “multi-level” governance has not sufficiently been taken into account. We very clearly stated this to Frans Timmermans (Editor’s note: First Vice President of the European Commission in charge of the “Better Regulation” issue).

What we want is to have a genuine assessment of the impact on the local and regional levels conducted prior to the preparation of new regulations. Right now, this is not

being systematically done at all, but I think that it can be remedied satisfactorily.

Another issue: the transparency register for those representing special interests. I find it unconscionable that our associations of local and regional governments are being classed as lobbyists and must register. We are not lobbyists. We are not there to sell sodas, sugar, oil. Everyone at the Commission acknowledges that we are right… but nothing has changed. Our status remains somewhat ambivalent.

The European Parliament and Council are negotiating new rules regarding data protection. Are they relevant, at a time when public services have gone digital?

The problem is always the same: no real distinction has been made between the public and private sector. The public sector does not use personal data for commercial purposes but to provide services of general interest to the public. A legal framework that reflects this reality is needed, which is not the case with these new rules. We want to start a discussion on the genuine needs of local government regarding the use and protection of data.

Also, there are studies that show that the cost of implementing these rules could amount to hundreds of millions of euro for local and regional governments. Efforts must be made to at least see whether the cost can be offset or spread out over a period of time.

It has been 20 years since Brussels first considered having an “urban agenda”. It seems that we are finally beginning to see the light at the end of the tunnel…

Yes. Serious discussions are now being held on the content of this agenda – since the fact that there will be an urban agenda has been validated and that it will be adopted in the first half of 2016. It is important to propose something that does not simply consider the large metropolitan areas, but which also has a connection to rural zones, that takes into account the overall dimension of local and regional development. It is also very important to have this agenda highlight the importance of the local and regional impact of European regulations and of having evaluations carried out systematically beforehand. The timing is interesting in any case: there is the urban agenda in Europe while there is also talk of a global urban agenda since the United Nations “Habitat III” conference on the theme of sustainable urban development is being held in October 2016. A link must be made between the two efforts.