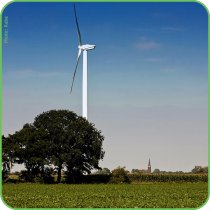 A conference to shed light on how towns and regions take action against climate change (Paris, 5 December)

Today cities contribute to 75 percent of the world's greenhouse gas emissions. Hence their contribution to the upcoming climate negotiations in Paris (COP21) is fundamental.

In this respect, CEMR, PLATFORMA and the Covenant of Mayors invite local and regional elected representatives to take part in the conference “European cities and regions united against climate change” to be held in Paris on 5 December, in the margins of the COP21 negotiations. The aim of the conference is twofold: to gather mayors and councillors to showcase their action and share their expertise. To raise awareness and stimulate towns and regions to commit to reducing CO2 emissions.

During the conference, speakers will address the following issues:

A draft agenda is already available. To register, please fill in the registration form.

For security reasons, participants will have to provide us with the following information: first name, last name, date of birth, birth city, birth country and the address in Paris.