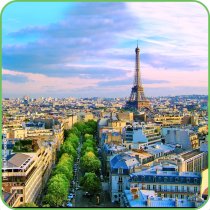 Climate change is on everyone's lips at present. But what would it take for Paris COP21 to succeed?

To answer this question, the networks of non-party stakeholders, including subnational and local governments, adopted a declaration "From the World Summit on Climate and Territories to the COP21", in the margins of the 2015 Paris Climate Conference - COP21.

The declaration, which is addressed to the international community and national Governments in particular, reaffirms some priorities for the Paris Agreement.

The following are extracts from the declaration:

"Therefore we call upon all national Governments to upgrade their national contributions as soon as possible and to inscribe, in the Paris Agreement, a progression principle to be applied through a mechanism based on regular transparent assessment of both collective efforts and individual progress."

Recalling the essential role of the non-party stakeholders in the process, the declaration underlines that "without our efforts national Governments will be unable to reach their own greenhouse gas reduction objectives, neither when it comes to adaptation to negative impacts of climate change. (...) An integrated territorial action - taken at the local and subnational level - is at the heart of the responses to climate change, through our final declaration [World Summit Climate and Territories], which has received the most signatures from networks of Non-Party stakeholders in the history of climate negotiations."

In terms of implementation, "the Paris Agreement should support education, awareness raising, and capacity building for these stakeholders in order to enable and improve citizen participation for its implementation, especially for a better development of necessary tools for action, starting with territorial planning."

Insisting on the links between climate and development, the text of the declaration stresses that "during our gathering in Lyon in July we also emphasised the importance of addressing jointly the challenges of climate change and development. Since then, the international community (through the United Nations) has adopted the 17 Sustainable Development Goals (SDGs). This is an important step, and we now need to bring these two agendas together: we cannot stabilise the climate without taking development needs into account.  It is essential to implement the SDGs in an integrated manner to reduce effectively greenhouse gas emissions."

The declaration concludes by stating, on behalf of the networks of non-party stakeholders, that "a few days remain to ensure that the 2015 Paris Climate Conference truly meets expectations and achieve the require credibility to a climate stabilisation scenario. In the past few months, non-State actors have mobilised and demonstrated their commitment to action. Now it is up to the national Governments to conclude a universal, robust, binding, and equitable agreement that will contribute to greater peace and solidarity in the 21st century."