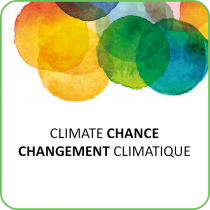 The first edition of the CLIMATE CHANCE Summit will take place in Nantes (France) from 16 to 28 September 2016. Thousands of participants from all over the world are expected to come. Contributions should be sent by 7 April at the latest.

CEMR will be actively involved in sessions on energy at the CLIMATE CHANCE summit which has the aim to become a regular event for all non-state actors involved in the ﬁght against climate change. Local governments, businesses, associations, trade unions, the scientiﬁc community and citizens are invited to this meeting, which should enable drawing up a global plan of action against climate change and offer more in-depth discussions on both achievements and obstacles.

The success of CLIMATE CHANCE is first and foremost built upon the direct involvement of all non-state actors. The contributions expected for the workshops should be submitted via the dedicated platform (accessible directly through the CLIMATE CHANCE 2016 website) before 7 April noon. The summit will be free for all whose contribution has been selected.

Contributions can take a variety of forms: scientific communications, case studies, prototype presentations, group games, debates, brainstorming… Contributors may also suggest a turnkey workshop. The only restriction is that every workshop must run for no longer than 90 minutes.

The ten chosen topics (forest, mobility and transport, education, energy, energy transition and employment, agriculture, decentralised cooperation and partnerships, sustainable housing, adaptation and territorial planning) continue the dynamic of the coalitions of actors established during the World Summit «Climate and Territories» in Lyon (France) in July 2015.

In the run-up to the Habitat III Conference in Quito (Ecuador), and the COP22 in Marrakesh (Morocco), this summit will be the opportunity for non-state actors to deliver new common messages, without which global warming will not be stabilised.

For any question on the call for contribution, please contact Romain Crouzet: contribution@climatechance2016.com