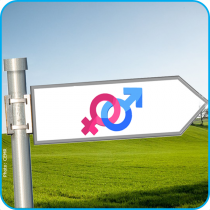 A new step for gender equality at the local level has been made in Galdakao, Basque Country, Spain: the City Council has decided to rename local streets after women.

Although they represent half of the city’s population, only three spaces (two streets and a park) are currently named after women. For this reason, and because street names show “what we consider important”, as Galdakao’s city council explained, a public consultation was launched to engage Galdakao’s citizens in finding new street names.

This was the first part of the process. There will be a second public consultation in which Galdakao’s citizens will be able to vote on which shortlisted street names they prefer. The result of this vote will establish which street each name goes to.

This initiative is taking place exactly 10 years after the signature of the European Charter for Equality of Women and Men in Local Life, a commitment for gender equality signed by local and regional representatives from all around Europe. The Mayor of Galdakao, Ibon Uribe, who is also CEMR spokesperson for Gender Equality, said about the Charter that it “helps in understanding this complex phenomena (it takes some time to see how deep inequalities are rooted), giving guidance to implement policies focused on bringing equality between women and men to our towns and regions.”

In addition, in 2018, CEMR will be organising a European conference on equality and diversity in Bilbao, which is also in Basque Country, Spain. The conference will bring together local politicians to discuss further actions to tackle inequalities in their territories, including gender-based discrimination.