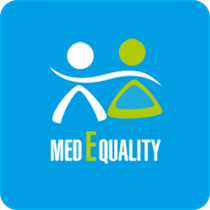 Coming soon: A Euro-Mediterranean Charter for Equality between Women and Men in Local Life

COPPEM (the Standing Committee for Euro-Mediterranean Partnership of the Local and Regional Authorities, Italy) is running an awareness raising campaign entitled “When equality emerges, society breathes”. The campaign promotes equality as an essential factor for society as a whole and highlights the fact that inequality is a problem that affects both women and men.

The final product of the MedEquality project “Promotion of Policies for equality in the Euro-Med region” will be the elaboration and dissemination of a “Euro-Mediterranean Charter for Equality between Women and Men in Local Life”.

The project aims to strengthen the cooperation between local governments and civil society organisations working on gender equality through local roundtable exchanges in partner countries and the sharing of best practices that promote equality via an interactive database called “wikipractice”.

PLATFORMA & CEMR participated in a MedEquality Regional Elaboration Team (RET) meeting in Palermo on 30 May. The goal of this meeting was for Representatives of national tables to discuss the draft text of the Charter and to propose amendments.

CEMR and PLATFORMA were invited to contribute to the group’s work, as the Euro-Med Charter has taken inspiration from CEMR’s European Charter for Equality of Women and Men in Local Life.

The Spanish Federation of Municipalities and Provinces (FEMP), the Algerian Forum for Citizenship and Modernity (FACM), the Association of Local Governments of Malta (LCA), the Association of Palestinian Authorities (APLA) and the Istanbul Aydin university (Turkey) also took part to the meeting.
The Euro Mediterranean Charter for Equality Between Women and Men in Local Life is expected to be launched in the coming months.

Translate
In 2018, CEMR will be organising a European conference on equality and diversity in Bilbao (Spain). The conference will bring together local politicians to discuss further actions to tackle inequalities in their territories, including gender-based discrimination.