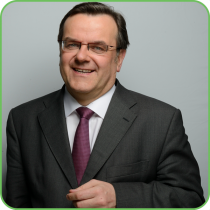 How the renovation of buildings boosted employment and the local economy in Liège | Willy Demeyer, Mayor of Liège

In 2014, the city of Liège started an ambitious project on energy efficiency renovations in public buildings. Through this initiative, the city created 322 direct jobs and 780 indirect jobs on the Walloon territory.

In an interview* conducted by CITYnvest, the Mayor of Liège, Willy Demeyer explained this project, its successes and its impact on the environment and the economy.

What do we mean when we talk about energy efficiency renovation? This includes replacing the heating, air conditioning and ventilation systems, renovating lighting systems or even insulating buildings. In total, says the mayor of Liège, "12 schools, 3 sport centres, an emblematic military site converted into offices and various workshops for municipal services" benefited from this project, which lasted two years and a half.

Energy renovation in public buildings is a response to the current climate and energy challenges. According to Demeyer: "It allows the city of Liège to be directly involved in the fight against climate change and achieved [...] reduced CO2 emissions by 50% for buildings directly concerned."

But the Mayor of Liège is not the only who recognises the success of this initiative: "On 31 May 2017, this project received the "Best Energy Service Project 2017" award from the European Commission."

What was the key to that success? In many ways, the implementation of partnerships between the private sector and local governments. These agreements allowed "public authorities to establish a contract with an energy service company which is responsible for guaranteeing the energy performance of a building," says Willy Demeyer. This is what we call Energy Performance Contracts (EPC).

“The company and its subcontractors, with whom the municipality has a contract, carry out the necessary work to achieve the energy cuts and the maintenance of the facilities to guarantee the energy performance.” The energy service companies: "are fully or partly paid for through the savings made over a predetermined time period. At the end of this period, the profit made from these investments goes to the city, " explains the Mayor.

These partnerships have also brought financial benefits for the city's cash-flow, as the energy savings allow for the repayment of the investments. In addition, the insulation of buildings resulted in a revaluation of the city's heritage.

What about the social side?

Public-private partnerships have been a major contributor to local employment, as Mr. Demeyer declares: "It was necessary to employ local workers to ensure the maintenance and monitoring of the facilities."

In addition, "we paid a lot of attention to the socially responsible aspect of the EPC procurements," explains the mayor, so as to "promote local employment and training, to fight social dumping, among other possibilities."

But that’s not all : the city of Liège will provide a minimum of 2,750 hours of training in the framework of the public-private partnerships. In addition, the city will prioritise social economy enterprises.


*The full interview with the mayor of Liège is available on CITYnvest's website.

Translate
Since 2015, Liège is a member of the Covenant of Mayors for Climate and Energy.