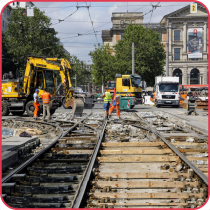 Towards a cohesion policy that leaves no town or region behind

In the frame of the debates on the future of Cohesion Poliy, CEMR secretary general, Frédéric Vallier, signed an op-ed that was initially published by the European media Euractiv. In this text, Mr Vallier presents CEMR proposals to achieve a Cohesion Policy that leaves no one behind.

Brexit, budget tensions, recentralisation processes and the rise of Euroscepticism and populist ideas. European economic, social and territorial cohesion being tested on several fronts. These tests cast new doubts on the future of the European Union and the added value it brings to its citizens.

In this period of uncertainty, the commitment to a territorially balanced and locally relevant cohesion policy for all European regions is more important than ever.

Cohesion policy makes the EU visible to its citizens. It is an instrument that demonstrates to the people that the EU cares about them, as it allows us to reduce inequalities and to focus funding on EU priorities, such as sustainable development, employment and solidarity. Cohesion policy represents € 352 billion for 500 million citizens, that is to say € 704 per person. It is the policy behind thousands of projects all over Europe. For citizens, this is where it makes the difference!

Nevertheless, in the European Commission's reflection papers on the future of the European project, this policy seems to be a way to balance the EU budget. But for Europe’s towns and regions, cohesion policy should remain the main investment, solidarity and development policy of the EU and its territories.

The main question now is: how we can achieve it?

Firstly, I believe that Europe needs a new common strategy beyond 2020, with a cohesion policy designed in collaboration with towns, cities and regions. These objectives could be based on the objectives already set by the EU for 2030 as well as for global agendas, such as the United Nations Sustainable Development Goals or the Paris Climate Agreement. This will give a strategic direction to the goal of economic, social and territorial cohesion. It will help towns and regions set the transition of the European economic model towards a sustainable, clean, carbon free future.

In addition, the future cohesion policy should involve the local level to a greater extent than it has until now, not only for the consultation or the selection of the funding projects, but especially when choosing the investment priorities. The elements in the current "code of conduct" which concern the partnership principle should be a legally binding part of the future regulation and be included in the regulation.

Throughout Europe, towns and cities are increasingly aware of the need to cooperate and coordinate their actions to face the economic and social development challenges, and to use the potential of their territories in a more efficient way. This is why the future cohesion policy should foster development strategies beyond the city, allowing both urban and rural areas to complement each other and develop together.

Finally, as highlighted in the 7th Cohesion Report of the European Commission, it is necessary to simplify the funds and to make them coherent and readable for fund beneficiaries and managers. As towns and regions have advocated for several months now, we need to put in place a single set of rules for all funds, allowing the combination of different European funds, including the European Social Fund or the European Regional Development Fund, to facilitate integrated approaches.

Translate
CEMR position on the future of Cohesion Policy