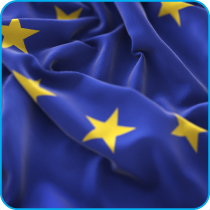 Taskforce on subsidiarity and proportionality: state of play

It was at his State of the European Union speech in September 2017. Commission President Juncker had announced the creation of a new Task Force. Its aim? To ensure the full respect of subsidiarity and proportionality. Its method? Find ways to improve how the Commission works. Almost one year has now passed. What are the Task Force’s first results?

The Task Force on Subsidiarity, Proportionality and 'Doing less more efficiently' was established on 14 November 2017. They published a first report on 10 July 2018. The report attempts to answer the three main questions asked by President Juncker and puts forward a set of recommendations. Here are some of the answers to those key questions:

The Task Force concluded that a new way of working on subsidiarity and proportionality was needed. This new way should allow local and regional governments and national Parliaments to make a more effective contribution to EU policymaking and to the design of new legislation.

The Task Force suggests the 3 EU institutions agree on a programme that would rebalance the EU's work. In some policy areas, the focus should be on effective implementation of existing legislation, rather than initiating new legislation.

Another recommendation is to increase the time available for national Parliaments to contribute their opinions on draft EU legislation from 8 weeks to 12 weeks. This should be done at the next opportunity for EU Treaty revision.

According to the Task Force, there is EU added value in all existing areas of activity. Therefore, they did not identify any Treaty competences or policy areas that should be re-delegated, in whole or in part, to Member States.

President Juncker will study and follow up on the report’s recommendations. He will present his conclusions during his State of the European Union speech on 12 September 2018. CEMR and its member associations is assessing its views on the work of the Task Force and will come forward with its response to the recommendations in the autumn.

Translate
What are subsidiarity and proportionality?

The subsidiarity principle aims to ensure that decisions are taken as closely as possible to the citizen and that the EU does not take action unless it is more effective than action taken at national, regional or local level.

The proportionality principle means that, to achieve its aims, the EU will only take the action it needs to and no more.