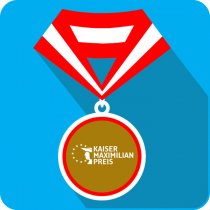 Apply for the Emperor Maximilian prize

Apply to the Emperor Maximilian prize rewarding outstanding achievements in the field of European regional and local politics.

In the context of the preparations for the 2019 Emperor Maximilian Commemorative Year, the Land of Tyrol and the City of Innsbruck have given the prize a new orientation, which also includes a name change to “Emperor Maximilian Prize for Services to Europe at the Regional and Local Level”.

The prize is now awarded every two years in recognition of outstanding projects performed by individuals, organisations or research and educational institutions that generate added value for Europe at the regional and/or municipal level.

Particular consideration will be given to cross-generational projects that make a special contribution to European harmony, European integration, and peaceful coexistence and cohesion in Europe. The project must have relevance at the local and regional levels and have potential for establishing best practices for application in other municipalities and regions.

The award comprises a certificate, a medal (1509 Emperor Maximilian I medallion) and a cash prize worth €10,000 as a financial contribution to the winning project. In 2019 the award ceremony for the Emperor Maximilian Prize will be held in Innsbruck on 8 May.

Projects may only be submitted online using the Emperor Maximilian Prize website. Submissions can only be made in English, French or German.

The period for submissions finishes on 15 November 2018.