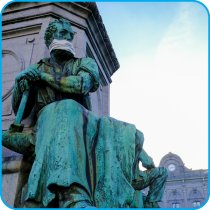 ​The EU and the coronavirus epidemic: The response so far

The European institutions have gone into overdrive to provide a swift and coordinated response to the coronavirus pandemic. From multi-billion euro stimulus plans to the virtualisation of official meetings, Europe’s reaction has been particularly wide-ranging. Several measures particularly concern local and regional governments.

The European Commission is establishing the Coronavirus Response Investment Initiative (CRII), which will provide billions of euros to finance EU countries’ immediate and long-term response to the epidemic. The money will come from the EU Solidarity Fund, which normally supports countries hit by natural disasters, and cohesion funds.

The new fund will be able to tap into €37 billion of unused funding from the 2014-2020 cohesion programme. The Commission is also making financing rules more flexible, so that some coronavirus-related spending will be eligible for funding under cohesion. Money should be spent in the areas of greatest need: the health sector, support for Small- and Medium-Sized Enterprises (SMEs), and the labour market.

The new measures will retroactively apply to expenditures starting from 1 February 2020. In France, the most-affected regions have already been able to mobilise their cohesion funds, notably by buying face masks.

There will also be more flexibility concerning the EU’s balanced-budget rules. Finance ministers have approved the Stability and Growth Pact’s so-called “Escape Clause”, giving national governments the right to borrow and spend in order to stimulate their economies. In some countries, this will also mean added fiscal space for local and regional governments.

This is crucial as the economic downturn and lockdown of local businesses is having a huge impact on municipal and regional finances. In Italy alone, municipalities already face a revenue shortfall of over 3 billion euros, potentially entailing massive cuts to spending and services.

Committee of the Regions to set up exchange platform

The Committee of the Regions (CoR) has also had a swift response. Following numerous requests from mayors and regional presidents, the Committee has decided to launch a platform for local leaders to share their needs and find solutions.

CoR President Apostolos Tzitzikostas has also called on the EU to set up a Health Emergency Mechanism to provide financial support to towns and regions.

The various EU bodies have taken an astonishing range of actions to tackle the crisis. Their very way of working has been transformed: MEPs have suspended parliamentary plenaries in Strasbourg and may now vote remotely, while ministers in the Council now regularly meet virtually.

The EU will spend €50 million on medical equipment, tests for the virus and respiratory ventilators. The bloc is also pushing to repatriate the tens of thousands of Europeans who are stranded outside its borders.

The EU’s action has been particularly energetic in the economic field. The EU Commission has approved national plans to provide economic support to SMEs during the economic downturn.

The European Central Bank (ECB) has injected €750 billion into the European economy, buying up government and corporate bonds, in a bid to maintain economic stability and demand. The European Investment Bank (EIB) will furthermore provide €40 billion to guarantee loans and liquidity to SMEs.

Such economic support should enable EU countries to bear the lockdowns for longer, if necessary. For small businesses such as shops and restaurants, as well as for independents and employees who cannot telework, the economic impact may be devastating.

More generally, the EU is taking action to make sure European society may function as normally as possible in these exceptional times. EU countries are to set up so-called “green lanes” at their borders where goods can cross with minimal delay. The institutions are also moving quickly to change EU legislation to end the practice of “ghost flights”, whereby airlines are organising empty flights in order to note lose their airport landing slots.

As the situation is evolving quickly, many new measures are sure to be taken in the coming weeks and months. For further information, you can also consult the European Parliamentary Research Service’s coverage of the EU’s response to COVID-19.