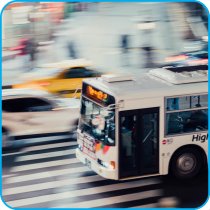 As Europe enters its worst economic downturn since the Great Depression, local governments and trade unions warn governments not to make the same mistakes as during the last financial crisis. CEMR, representing local governments as employers, and the European Public Services Union (EPSU) oppose cuts to public services and call for the preservation of good working conditions and social dialogue.

CEMR and EPSU expressed their common position in a joint statement. The two bodies note that austerity measures and structural reforms decided during the 2010 financial crisis harmed public services and had a particularly negative impact on women. CEMR and EPSU “strongly warn against repeating such austerity measures in order to recover from the economic crisis after COVID-19 and to avoid a social crisis.”

The statement was adopted at a meeting of the EU’s social dialogue committee in the presence of the European Commission. CEMR and EPSU’s joint position has been shared with the Commission and will feed into the EU executive’s work.