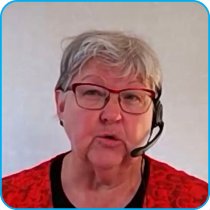 “Did you know that there are 1 million local and regional elected officials in Europe, but only about 30 percent of them are women? Parity is not achieved in any country.” This was the core message of Carola Gunnarsson, Lord Mayor of Sala (Sweden), intervening in the European Parliament yesterday (Thursday 10 September).

Gunnarsson made the comments in a presentation of CEMR’s ground-breaking study Women in Politics: Local and European Trends to the Parliament’s Committee for Women’s Rights and Gender Equality (FEMM).

While women are generally gaining ground in political representation across Europe, MEPs were shocked to learn that, if current trends continue, it will take 107 years for political parity between men and women to be achieved.

What’s more, women are even more underrepresented in positions of leadership. “The proportion of women mayors today at 15.4% is much lower than that of women elected to municipal councils by about half as much”, Gunnarsson said.

FEMM Committee Chair Evelyn Regner said of the situation in Austria: “At local level, we have more mayors of villages with the first name Joseph than all female mayors put together.”

The discussions can be watched online on the European Parliament’s website (starting at 17:33:00).