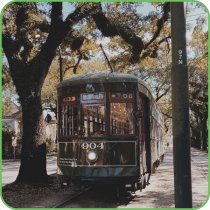 The Green City Accord is a European initiative launched last autumn which aims to make our neighbourhoods healthier, cleaner and more environmentally sustainable. But local players on the ground often do not know about new EU schemes.

That is why CEMR and our French association AFCCRE co-organised the first national information session presenting the Green City Accord to representatives of French cities, with over 50 people participating.

To join the Accord, cities must agree to fulfill targets in five environmental areas: air, water, nature and biodiversity, circular economy and waste, and noise. “We realise that many things have been initiated to fight climate change but not really for the environment”, said Gilles Gantelet, an official in the European Commission’s environmental department. “The idea is to use European law to improve the daily life of Europeans without putting an additional burden on local governments.”

The Accord’s targets both complement and are inspired by other environmental commitments, such as the Paris Agreement on Climate, the European Green Deal and the Covenant of Mayors for Climate and Energy.

But what advantages are there for cities signing up to the Accord? Audrey Linkenheld, deputy-mayor of Lille, stressed the initiative’s synergies with the national framework. “What motivated us to sign this convention is that we have just adopted our climate plan at the beginning of 2021 and therefore it was the right opportunity to put this issue of green cities on the agenda”, she said.

The Accord is then a way for cities to make environmental actions a top priority. More generally, participating cities receive guidance and support, Europe-wide recognition and the opportunity to exchange experience with like-minded cities through peer-learning activities.

Ronan Dantec, a French senator and CEMR spokesperson on environment, highlighted that French municipalities are ready and willing to engage. “When local authorities are energized, these things work”, he said. “This new European initiative is therefore very welcome.”

Together with Eurocities and ICLEI, CEMR will continue to spread the word about the Accord and organise more online national events in partnership with its member associations. The Green City Accord will also be featured during the EU Green Week in a session on cities achieving Zero Pollution. So stay tuned!

Translate
AFCCRE's summary of the event (in French).