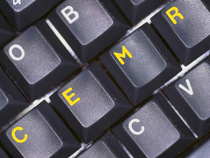 CEMR's network, ELANET, and the Italian association of CEMR, AICCRE, organised a e-capacity building workshop in Rome from 22 to 24 June 2006.
The main aim.of the meeting was to discuss how to prevent the digital divide within local public administrations through more consistent and dedicated e-capacity building programmes at national and European level.
One of its conclusions was that most local administrations, with the exception of northern countries, have not yet introduced e-government, due to their small size.
Roberto di Giovan Paolo, secretary general of AICCRE, stressed that the digital divide is a real problem in local public administration, especially in regard to small and medium local governments and the people living and working in their territories. The attempt to improve the situation through adequate e-capacity building programmes is a battle for democracy and social cohesion.
ELANET chair, Javier Ossandon explained that in most European countries e-government is growing in metropolitan areas where positive conditions in terms of infrastructure, human and financial resources exist. But the large majority of local governments, which are out of these areas, tend to be excluded. These need financial opportunities, as well as to improve their planning capacities and skills in this field. The i2010 Digital Local Agenda and the set up of consistent e-capacity building programmes are the two main instruments to reverse this negative situation.
The core of the workshop was the presentation of the e-capacity building programme for local governments in the UK. Roger Clarkson, advisor to the UK government, explained that the success of that programme was due to a bottom-up approach combined with a strong support from the government. Each local government was initially given an amount of money and a very clear target : to provide, by the end of 2005, all their traditional services by electronic means and on line.
Representatives of local and regional governments from Finland, Sweden, Spain, Italy, Poland, Romania, Greece, Norway, Ireland, Germany, Netherland and Slovak presented what is being done in their own countries regarding e-capacity Building.
Agenda of the meeting and presentations
CEMR activities in the field of information socity and e-governance
CEMR and ELANET publication on Local Agenda i2010