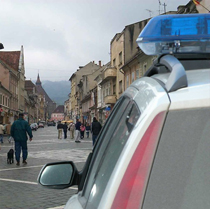 How to tackle insecurity within cities? (conference in Zaragoza, 2-4/11/06)

The rising threats to urban safety and what can be done about it will be the main issues of the conference organised by the European Forum for Urban Safety (EFUS), from 2 to 4 November 2006, in Zaragoza.
The conference will consist of three plenary sessions and a series of thematic workshops on isues such as the link between urban safety and urban planning, the role of cities in the governance of security, the new forms of exclusion as well as the challenges posed by international migrations at local level.
Speakers will include:
Local governments and public institutions are also invited to play an active part in the Saragossa Conference by holding a stand.
The programme and website of the conference "Security, Democracy and Cities" (in French, English, Italian and Spanish)
Practical information
. Online registration
. Language facilities: French, English, Italian and Spanish
. Venue:

The conference is organised in partnership with the Council of European Municipalities and Regions (CEMR).