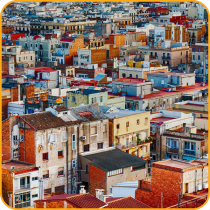 A delegation of 17 local and regional elected officials representing PLATFORMA and CEMR is attending this week the 2019 High-Level Political Forum (HLPF) in New York. Convened under the auspices of the Economic and Social Council, the HLPF is the main platform for the review of the 2030 Agenda.

Under the theme Empowering people and ensuring inclusiveness and equality, this year’s edition will review Sustainable Development Goals 4 (education), 8 (decent jobs and economic growth), 10 (inequalities), 13 (climate action), and 16 (justice, solid institutions and peace), as well as SDG 17 (partnerships and means of implementation to achieve the goals).
The CEMR and PLATFORMA's delegation on site from 15 to 18 July, with a full agenda of active participation to a series of debates, including:
Monday 15 June