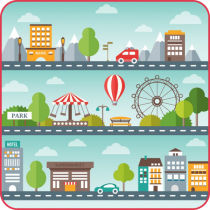 The city of Kuala Lumpur (Malaysia) hosted the ninth edition of the World Urban Forum (WUF9). One and a half year after the United Nations’ Conference on Housing and Sustainable Urban Development – Habitat III – the theme for this year was: “Cities 2030, Cities for All: Implementing the New Urban Agenda”. PLATFORMA was there, in close coordination with the Global Taskforce of Local and Regional Governments (GTF), the Council of European Municipalities and Regions (CEMR) and the Covenant of Mayors in Sub-Saharan Africa.

One year after the Habitat III conference (October 2016), the bi-annual World Urban Forum was set up as a stock-taking exercise of the implementation of the principles adopted under the New Urban Agenda in Quito.

At the start of the WUF, a delegation of over 200 representatives of local and regional governments contributed to the success of the World Assembly of Local and Regional Governments, convened by the GTF. Carlos Martínez, mayor of Soria (Spain) and CEMR vice-President, centered his statement on the role of local governments as the closest authority to the citizens. He addressed the need for transparency and openness when communicating with citizens.

Greg Munro, Secretary-General of CLGF set the theme for the session on governance of proximity. Munro stressed the need for a strong local governance within the framework of the New Urban Agenda and he argued that the issue of trust between different spheres of government was key in order to develop a joint governance.

The role of local governments as governments of proximity was expanded upon in this session, with President of the Barcelona Provincial Council Mercè Conesa and mayor of Sala (Sweden) Carola Gunnarsson, CEMR Spokesperson on Cohesion Policy, referring to local governments as the level of government most familiar with the issues of their citizens and, thus, the ones which should be at the table and taken into account when implementing policies.

Later during the day, Ilmar Reepalu, Former mayor of Malmö and CEMR Spokesperson, agreed with the vision that migration should be handled by local and regional authorities, and argued that, while the conditions and contexts of local authorities are very different, the often have similar challenges and work in the same ways.

In a statement adopted at the end of the World Assembly, towns and regions’ leaders reaffirmed the role of local and regional governments as the guardians of the Habitat III agenda and those who can best monitor its implementation. The statement especially mentions “the commitment of Member States to expand decentralized and city-to-city cooperation to contribute to sustainable urban development”. Local and regional leaders also recalled the importance of the New Urban Agenda as an accelerator of the 2030 Agenda.

During a dedicated networking event, PLATFORMA put forward the importance of a territorial approach to development and the mobilization of the European Commission’s TALD model (TALD for Territorial Approach to Local Development) in the implementation of the New Urban Agenda.

Among others, Carola Gunnarsson talked about solidarity and connected territories: “The experience of cohesion policy is worth sharing with colleagues outside Europe,” she stated. The Covenant of Mayors in Sub-Saharan Africa and UCLG-Africa regional director Juliet Mekone spoke about the added value of city to city cooperation and the mayor of Kasese (Uganda) Godfrey Kabbyanga stressed the importance of partnerships for territorial development.

Thanks to active contributions from SALAR, FEMP, VNG International, CEMR, Diputació de Barcelona, CLGF, UCLG-Africa and UCLG, the messages came through and are reflected also in the Kuala Lumpur Declaration that the UN Member States adopted:

The conference, however, also showed the challenge for the UN agencies to fully grasp the meaning and potential of self-organised local governments and for the Member States to capture the full meaning of subsidiarity. Empowering local governments does not mean that action should only be taken at the local level. A strong multi-level governance system is essential. Likewise, the message that city-to-city partnerships are best run through the cities and their associations seems to not have fully been accepted.