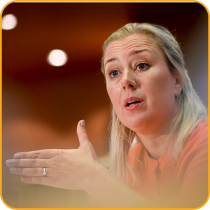 Jutta Urpilainen, Finnish Commissioner-designate for the newly named portfolio “International Partnerships” (referred to as International Cooperation and Development in the current college of commissioners) appeared before Members of the European Parliament (MEPs) of the Committee on Development (DEVE) on 1st October in Brussels. MEPs tested her general competences, European commitment and specific expertise related to her portfolio.

In her statements and answers, Jutta Urpilainen set out the list of priorities she would carry out if her candidacy were approved: implementing the Sustainable Development Goals (SDGs) with the support of the whole Von der Leyen Commission, mainstreaming gender equality, pushing for policy coherence in all sectors, facilitating an agreement on the Neighbourhood, Development and International Cooperation Instrument (NDICI), finalising the negotiations on the post-Cotonou agreement and develop a Comprehensive Strategy for Africa.

“Gender equality, policy coherence, post-Cotonou and localising SDGs are related to core competences and policies of local and regional governments” welcomed Marlène Siméon, director of PLATFORMA, just after the hearing. “We are eager to work with the upcoming Commissioner on SDG 17 ‘Strengthen the means of implementation and revitalise the global partnership for sustainable development’ and put local and regional governments and their international partnerships at the centre of next EU development policy”, she added.

“Ms Urpilainen also stated that she was a true believer in representative democracy. Local and regional governments still have to be further recognised as strong partners of the EU! If the Commissioner-designate is approved by the European Parliament, PLATFORMA and its partners will make it their mission to encourage a change of narrative in that sense,” Ms Siméon stressed.

PLATFORMA especially welcomes her emphasis put on implementing the Sustainable Development Goals (SDGs), not only within her portfolio but across the college as a whole: “2030 Agenda is a universal agenda by all and for all, moving away from donor-recipient and north/south dichotomy (….) we will make sure that the European Union is a reliable partner for SDG implementation in partner countries” mentioned the Commissioner-designate.

We also very much applaud Ms Urpilainen’s dedication to mainstreaming gender equality. She notably underlined that whilst gender equality is a separate portfolio within the Commission, it “needs to be included in every aspect of commission, including in financing and in the budget” she said. At a time when many regions are rethinking their action in development cooperation and where financial constraints on budgets call for greater policy effectiveness, mainstreaming gender in the preparation, development, implementation, and monitoring of international cooperation projects from a development perspective is essential. Mainstreaming gender in international cooperation is a factor of its effectiveness.

Finally, the Commissioner-designate highlighted the importance of policy coherence in all sectors. She intends to work closely with other commissioners of the College, as well as with Member States, to make sure that policy coherence is respected.  “2030 Agenda is a compass, a framework in which we should analyse and do our policy work, we can’t do this only with the EU institutions. Joint planning, programming and joint follow up with Member States is also very necessary. Member States have done different kind of strategies regarding SDGs, it could be good to share examples of what Member States have been using and see what can be used together with the EU.” PLATFORMA notably sees a good opportunity to involve local and regional governments in this vision and further engage with them to ensure coherence with their policies on the ground, but also through their public procurement and other internal and external policies.

Other priorities of the Commissioner-designate also include the importance on finalising the negotiations on the next Multiannual Financial Framework (MFF), notably facilitating an agreement on the Neighbourhood, Development and International Cooperation Instrument (NDICI). In the meantime, you can find PLATFORMA’s views in our second position paper.

She focused also on the EU-Africa partnership and finalising the negotiations on Post-Cotonou agreement, with the support of the European Parliament and other institutions.

Of course, climate, energy and environment were also key on her list. Her duty would be to try to look for new initiatives to get further private investments to help tackle these issues in partner countries, such as in Africa for instance. In this perspective, over 200 cities and local governments have committed through the Covenant of Mayors for Climate and Energy in Sub-Saharan Africa (CoMSSA), led by the Council of European Municipalities and Regions (CEMR), to develop action plans for their territories.

21 hearings already done, only 5 more left to go! Committees and political groups of the European Parliament have spent last week auditioning the new Commissioners-designate for the 2019-2024 College of Commissioners.

Based on the committees’ recommendations, the Conference of Presidents will decide on 17 October if Parliament has received sufficient information to declare the hearing process closed. If so, the Plenary will vote on whether or not to elect the Commission as a whole on 23 October, in Strasbourg.