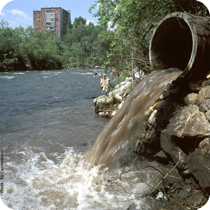 For the first time, towns, scientist and private sector from around the world meet

From Quito to Singapore, from Bonn to Seville or Grenoble : over 100 local elected representatives and water experts from all over Europe and the world met to discuss water management in towns and cities, in Vienna on 9 September 2008.
How can local and regional governments provide good sustainable water management service to the citizens? What is the impact of rapid growing population and economic growth on water management? These were the main issues of the 'Local Governments' Day" co-organised by the Council of European Municipalities and Regions in the framework of the world congress of the International water association (IWA).
The President of the Council of European Municipalities and Regions (CEMR), mayor and governor of Vienna, Michaël Haüpl stressed the importance to establish a dialogue between politicians and experts in order to tackle today and tomorrow's challenges related to water. For the city of Vienna, it was important that 100 years ago the politicians decided that the water supply should be a public responsibility, he explained. This guarantees high quality water management to all citizens at an affordable price.
The first session of the day aimed to assess different models of organisational and legal structures to provide water management service (public, private, public-private, public-public organisational form). The Vice-president of the European Investment Bank, Matthias Kollatz-Ahnen, first reiterated the neutral stance of the EIB on whether a service should be provided by the private or public sector. This question is to be settled solely by politicians. He however called on local government to cooperate and bring their services together to insure high quality water management and supply. This would be more sufficient than fragmented local management services, he concluded.
Piet Jonker, Managing Director to DZH Drinking Water Company of Den Haag region and Chair of EUREAU Commission on Legal and Economic Affairs, called on the European institutions to clarify the water provision in the context of the European internal market regulation.
Since 1971, 14 directives on water have been adopted (drinking water, bathing water, water framework directive, urban waste water, etc.). But in the field of water management, it is up to the European Court of Justice to decide on individual cases. CEMR's secretary general, Jeremy Smith, mentioned the example of inter-communal cooperation, which is challenged by the European Commission and the Court of Justice who believe that the European public procurement rules should be applied on this form of service provision.
Reconciling urban growth and water management
The second session focused on developments worlwide and on the rapid growing population and economic growth.
The Singapore minister for the environment and water resources, Yaacob Ibrahim, explained that by 2030 over 80% of humanity is expected to live in urban concentrations. This will inevitably increase the demand for water, requiring new approaches of water management, a modernisation of water supply and sewerage systems, as well as a limited and rational use of available water.
John Jacobs, Waterplan Programme Manager of the city of Rotterdam, underlined that water challenges should not only be seen as a negative phenomenon. Rotterdam, one of the largest port in Europe, developed a plan taking into account the water related challenges. The aim of the project was to introduce quality into the city by establishing green and blue spaces downtown.
Local government and climate change
The European Commission representative Helmut Blöch assessed the direct impact climate change will have on local government if no action is taken. Bärbel Dieckmann, mayor of Bonn, CEMR Executive President, and President of the World Mayors Council on Climate Change, called on local government to take action now. Lisbeth Iversen, councillor for climate, environment and urban development from the city of Bergen (Norway) showed how Bergen is adapting to the effects of climate change (landslide, heavy rains, sea-level rise): Before launching a local action plan, the city carried out a set of research projects to identify the impact climate change has and will have. Several urban projects have then been implemented including the development of the public transport network and the construction of energy efficient building.
At the end of the day, representatives from the main private water suppliers and from local government met again to identify the measures taken by the industry to contribute to a sustainable water management.
Zekai Sen, on behalf of the mayor of Istanbul, invited local government to meet again in Istanbul, in March 2009, at the occasion of the 5th World Water Forum. A local authorities' declaration will there be adopted. It will mark the beginning of a consensus between local governments for adaptation of water management strategies in the face of global changes.
The Local Government's Day was co-organised by the Council of European Municipalities and Regions (CEMR), United Cities and Local Government (CGLU), the International Water Association (IWA) and the International Association of Waterworks in the Danube Catchment Area (IWAD), in the framework of the IWA World Water Congress.
Powerpoint presentations
List of speakers
Pictures taken at the event