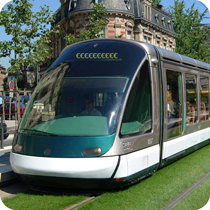 All levels of government should benefit from future transport fund

'All levels of government" must benefit from the soon-to-be-created transport fund, such was the amendment, tabled by MEP and CEMR Executive President, Oldrich Vlasak, adopted by the European Parliament Transport Committee in a vote on the own initiative report on a. sustainable future for transport held on 1 June.

Indeed, Vlasak's amendment was one of several that the Council of European Municipalities and Regions (CEMR) was happy to see adopted within the Committee, as underlined in its position paper on the communication on a sustainable future for transport. Other successes included the recognition of a need for increased funding so as to achieve sustainable transport.

The creation of the aforementioned transport fund, which would notably combine parts of the European structural funds, cohesion fund, public-private partnerships, was also voted in although for all modes of transport. This recognition of all modes is based on the principle of intermodality and interoperability as a means of achieving integrated transport networks.

Finally, CEMR was pleased to see that transport was acknowledged as having 'a triple role: an economic role, a social role and a territorial cohesion role, all essential for European integration."