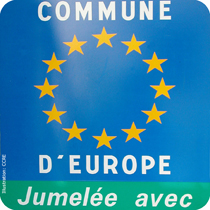 Twinning serves as a vital instrument in bringing Eastern European countries closer to the EU and in co-financing actions that help prepare municipalities in the context of their pre-accession to the Union. These were the major conclusions identified by Balkan state representatives at the occasion of a seminar dubbed 'Which twinning for which Europe", held in Malta from 17 to 18 June.
The importance of the implementation of and support for cooperation and dialogue between citizens and local authorities as a political tool within the EU was also among the seminar conclusions.
The seminar, organised by the Council of European Municipalities and Regions (CEMR) and its Maltese member association, the Local Councils' Association, with the support of the European Commission, brought together 50 or so representatives from Southern Europe and the Balkans.

A first seminar on twinning in Northern European countries had previously been held in Tallinn on 25 and 26 March. The next seminar, which will focus on Central and Eastern European countries, is to take place in Cologne, Germany on 9 and 10 November 2010. The objective of these three regional seminars is to allow for a debate on twinning and its role in the context of European citizenship.

The conclusions from the three twinning seminars will allow for CEMR to prepare a political message to be presented at the Twinning Congress planned for next year in Rybnik, Poland, in the framework of the Polish EU Presidency.