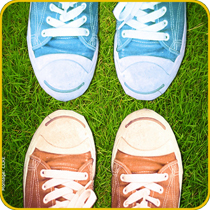 The Council of European Municipalities and Regions (CEMR) is to hold its third edition of twinning seminars 'Which twinning for which Europe" on 9 and 10 November 2010 in Cologne, Germany, with a special focus on Central and Eastern European countries.
The event's main objective, organised at the invitation of the City of and CEMR's German section (RGRE), is to discuss the role of twinning in developing European citizenship.
The first of the three seminars, held in on 25 and 26 March 2010, focused on Northern Europe, while the second, held on 17 and 18 June in , targeted Southern European municipalities.
Moreover, in order to reinforce their participation in European twinning activities, CEMR invited countries from the Western Balkan to all three regional seminar editions.
The conclusions of these three seminars will contribute to the preparation of the Final Declaration of the European Twinning Congress, to be held in , Poland, in September 2011, in the framework of the Polish EU Presidency.
Participants will include local elected representatives, twinning experts and representatives from civil society involved in European citizenship activities.
For more information, please contact:
Manuella Portier
Project officer - citizenship
Mail : manuella.portier [at] ccre.org
Téléphone : +33 1 44 50 59 59