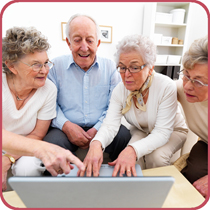 The EY2012 Awards, of which CEMR is a partner, includes six categories: Workplaces for all Ages, Towards Age-Friendly Environment, Social Entrepreneurs, Reporting on Ageing and Relations between Generations, Life Story Challenge, Generations@school.

The competition (with the exception of the Generations@school category) is open to all citizens of EU Member States until 1 September 2012.

The finalists in each category will be invited to the EY2012 Active Ageing Awards ceremony, which is planned to take place in Brussels in November.

More information on the Awards and on how to participate is available on the award website http://europa.eu/ey2012/.